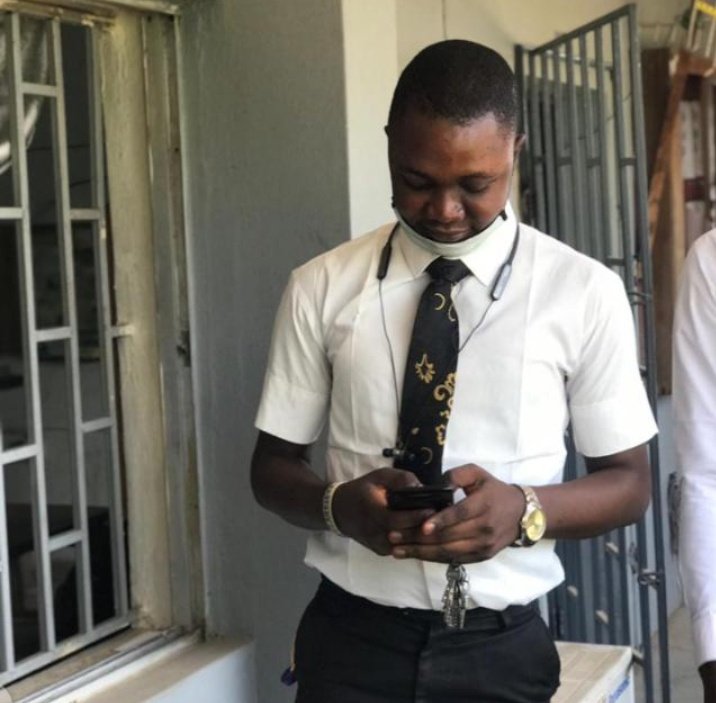 Africa’s richest man, Aliko Dangote has been accused of neglecting the family of a student after his truck crushed the young man to death in Ondo state.

According to Sahara Reporters, Isaiah, brother of Samuel Adesomoju, a 500-level law student of the Adekunle Ajasin University, Akungba Akoko, who was killed along with some others by a Dangote truck in a recent accident, decried the neglect of the family by the school and company.

Isaiah, who spoke with SaharaReporters on Tuesday, said Samuel’s death should not be in vain, adding that if his brother were to be the son of a prominent Nigerian, steps would have been taken to bring the perpetrator to justice.

He said the deceased, a 500-level law student, was a promising young man with a bright future but was sadly killed in his prime.

According to Isaiah, the family is going through a lot of pains over the loss of their first son. He said if there was anything anyone could do to get justice for Samuel, it would be welcome by the family.

He said, “It is a really sad thing for us. I am his brother and I know how I feel right now. I spoke with him that morning and all of a sudden, he is no more. It’s almost unbelievable but he’s gone, when he was buried, I was there.

“Nothing has been done to pursue the course of justice for my brother, no one has reached out to us, even the school management is just acting like what happened was normal. My brother was hale and hearty when he went to school. He was just in a cyber cafe checking on his project, he was in his final year in the school and all of a sudden, a truck crushed everything. It is so painful.

“No one reached out to us, Dangote company, nothing and for the school, I’ll say they came, when he was to be buried. He was a unionist so they came for the burial. With some of our relatives, they brought him down here but they have not come to our house, even till now. Nobody put a call across to us. No one from Dangote.

“If there is any means you can help us, please do. My brother should not die like that. He was not only my brother but also a friend. He had a bright future. I know if my dad was a governor or minister, there would have been steps taken to get justice.

“He was a promising young man, he had a bright future. He never lost in any election right from his secondary school days, he’d been a winner and he was a very brilliant guy.

When contacted, the spokesman for Adekunle Ajasin University, Victor Akinpelumi, told SaharaReporters that he had been instructed not to comment on the matter.

He said: “I have been directed not to talk to the press on the issue of the accident. I’m sure at the appropriate time, the school authority will come up with its position on the next line of action.”

Efforts to reach the Chief Corporate Communications Officer, Dangote Industries Limited, Anthony Chiejina, proved abortive as he did not answer when SaharaReporters called repeatedly and also did not reply a text message sent to him.