Unbelievable! Dead Man Made To Sit On A Chair At His Own Funeral In Trinidad & Tobago (Photos + Video) 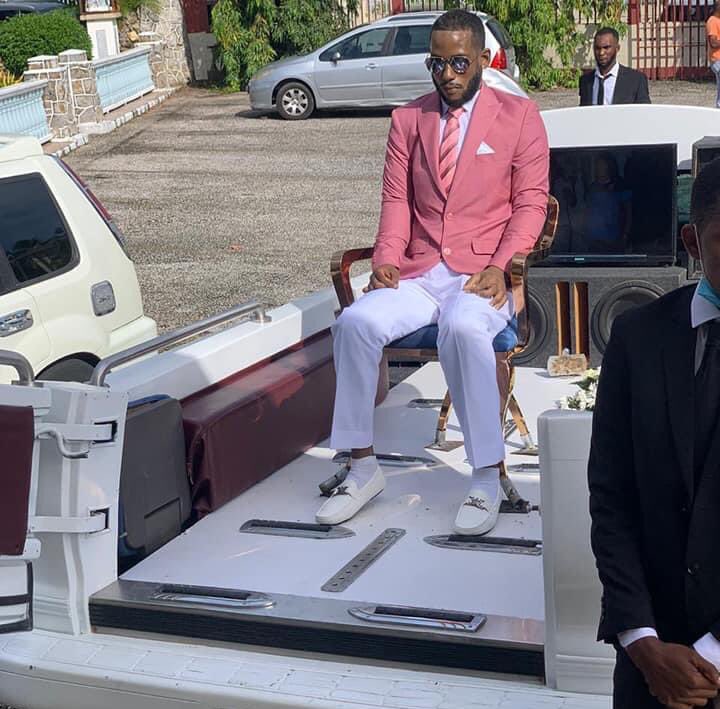 The dead man was embalmed into a sitting position

In what will come across as a really startling development, a dead man has been made to sit at his own funeral.

According to Trinidad Express, the dead man was embalmed into a sitting position, placed in the tray of a hearse and given an open-air last ride past the Office of the Prime Minister on the way to his funeral.

Dressed in a suit and in a chair, murdered Che Lewis was placed in the back of a pick-up van by Dennie’s Funeral Home and driven around Port of Spain on Wednesday.

TTPS Road Safety Co-ordinator Brent Batson told Express via a What’s App message that the funeral home’s manner of transporting the deceased will be investigated. 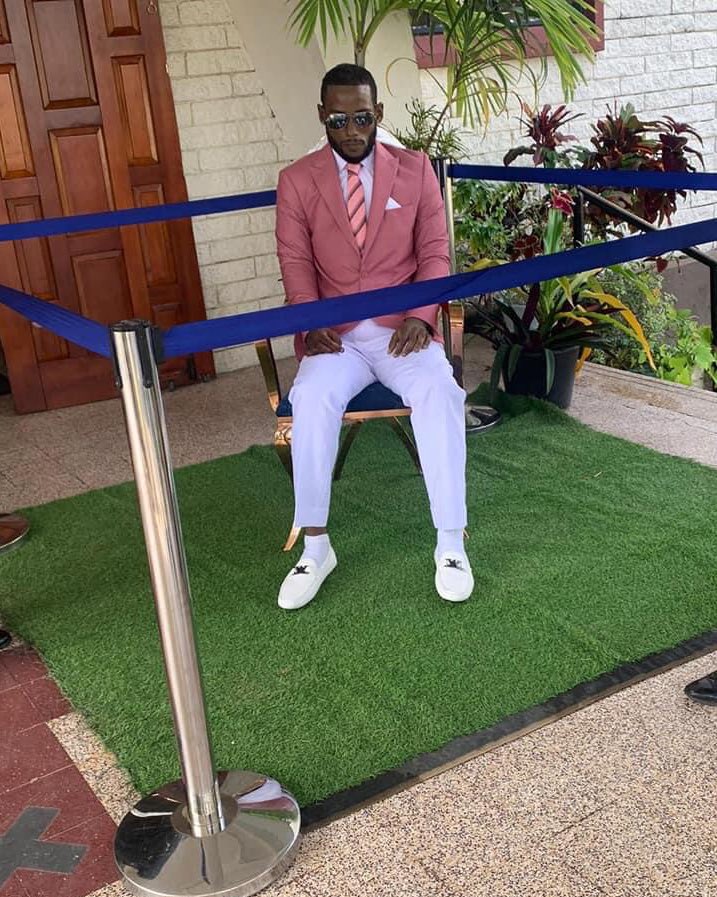 Batson said, “The TTPS is disappointed in the reckless behavior engaged in by a funeral home being circulated on social media whereby persons were seen seated in the vehicle tray seemingly as part of a funeral procession. Carrying persons in a dangerous manner is an offence Regulation 38 Rule 17 of the Motor Vehicle Road Traffic Act (MVRTA) with a $1,000 penalty and the TTPS will be continuing investigation into funeral company’s conduct on the road.

Several videos of the ‘last ride’ were posted on social media, with many commenting that this was “proof that Trinidad is not a real place”, while others said they idea was only novel in Trinidad but was done in other countries. 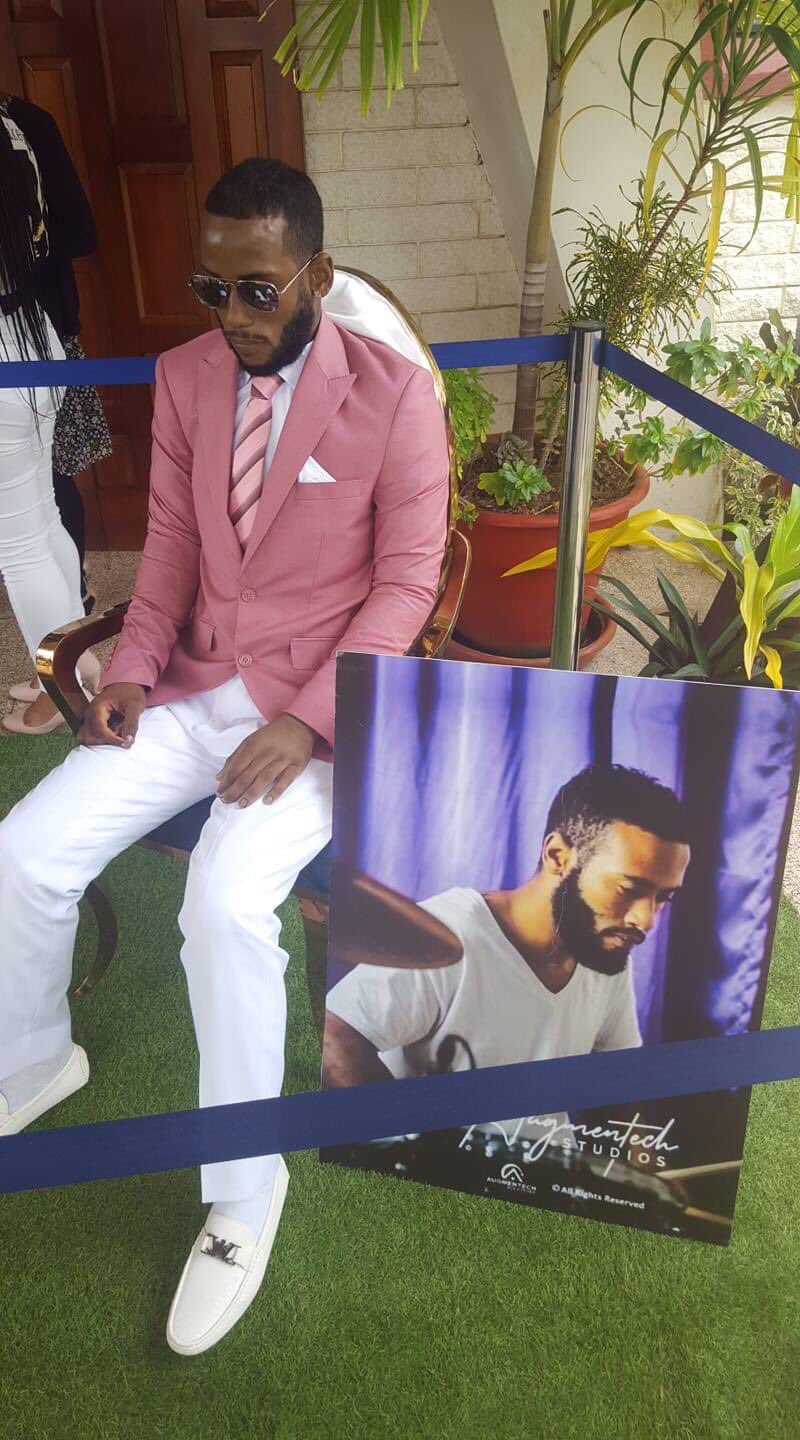 Lewis, 29, and his father Adlay Lewis, 49, were shot and killed on November 15 at their home at First Trace, Bagatelle Road, Diego Martin.

His funeral was streamed live on social media, but not all the viewers were aware that the man sitting at the entrance to the church was the deceased.

There was also a question as to why he was not wearing a mask.

The funeral home informed that because of the “unique funeral, the church was astonished and refused the entrance of Che”. 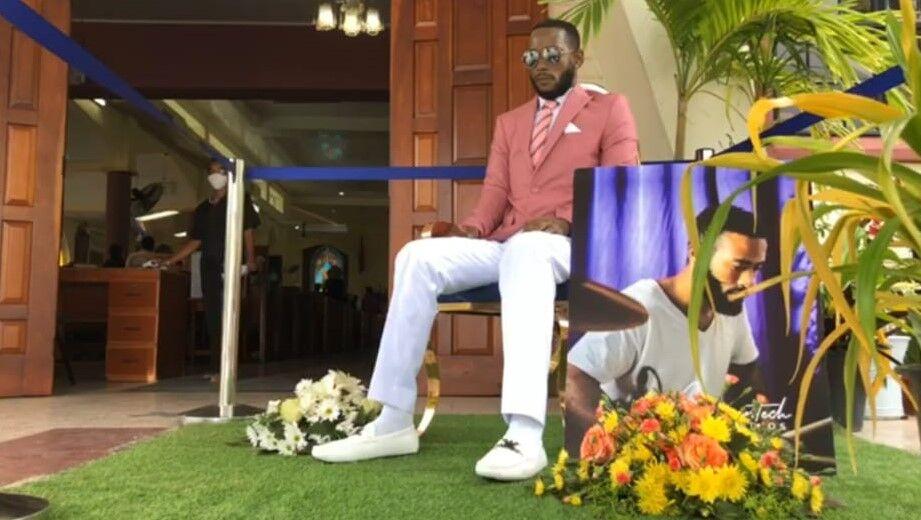 The funeral home also intends introducing a new form of body disposal to Trinidad and Tobago.

It is know as alkaline hydrolysis, a process for the disposal of human and pet remains using lye and heat.